From The Pens Of Babes 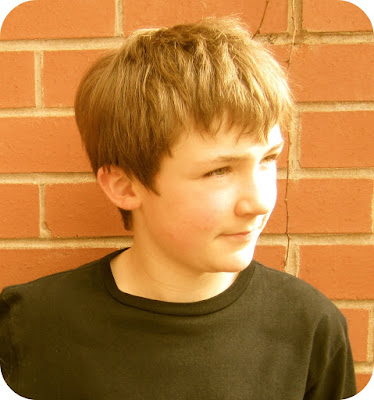 I just wanted to thank you all for the wonderfully kind comments regarding Blondie Son's creative writing achievement.

Sadly he didn't make it through to the final 50 of the BBC Radio 2's Breakfast Show 500 Words competition.  He is not at all disheartened and, to be perfectly honest, is hugely relieved as he loathes any sort of attention!

His mum, on the other hand, is not the shy and retiring type and has decided to publish his entry here on her own little piece of the internet for posterity ... and because she is as proud as punch and she can!

The final 50 stories can be found online here.  Do have a look if you get the chance.  I've only read a few of them so far but it really does warm my heart to see how talented and creative our children are.

The going was tough. M'aiq wiped his sweating, feline brow and looked up towards his destination. The temple stood, dark and mysterious against the sunset. The trek had been long and punishing. At first there had been five of them. They decided on the spur of the moment to visit the temple after a long night of drinking games. Skooma had never been M'aiq's strong point. Yet, here he was now. The last man standing.


Fe'tiq had been the first one to go. He had been jumped early on by a frost troll. He didn't stand a chance. After that, the expedition had stopped being fun and games. It was serious. Malir and Jt'e had slipped on the treacherous mountain path they had had to traverse. Cr'she had gone last. They had been trekking through the Alik'r pass when they had been ambushed by bandits. They had taken down most of the depraved humans before Cr'she had been overwhelmed. She went down fighting. M'aiq was doing this for them.


His sensitive eyes sensed movement in the undergrowth ahead of him. A group of bandits preparing an ambush. He unsheathed his razor-sharp claws and rolled stealthily into the shrubs lining the road. He moved silently up behind the group. There were remnants of a fire, as if they had extinguished it when they saw him. He studied the thieves. One of them seemed very young, 14 at the most. M'aiq could have taken them with his eyes closed. He could see the fear in the boy's eyes. He spat on the ground. There had been enough death for one day. He moved silently past and rejoined the road once he was sure the bandits had stopped searching for him.


By this time, the large orange sun had set and the moon was casting a cool, white glow onto everything. It made the temple look breathtaking. M'aiq moved towards it carefully. His feline instincts detecting a trap. About two metres in front of him lay a barely visible wire. He carefully stepped over it into the sleepy temple beyond. There was an unusual purple mist drifting aimlessly along the floor. From the centre of the tower there came a scream. M'aiq abandoned his stealth and sprinted towards the sound. In the centre of the tower, a young girl was tied to a wooden post. There was blood running down her chest. He ran down to her and started untying her.


"What happened?" he asked in his rasping voice. A deep bellow erupted from behind him. He spun around to see a towering man walk down the steps behind him.


"You can't do anything now." he cackled. "She is the sacrifice."


Behind M'aiq, the girl starting coughing. He turned around to see that her eyes were no longer normal. They were full of the purple mist. There was a grotesque smile on her face; she was watching M'aiq with an eerie pleasure.