Under The Walnut Tree 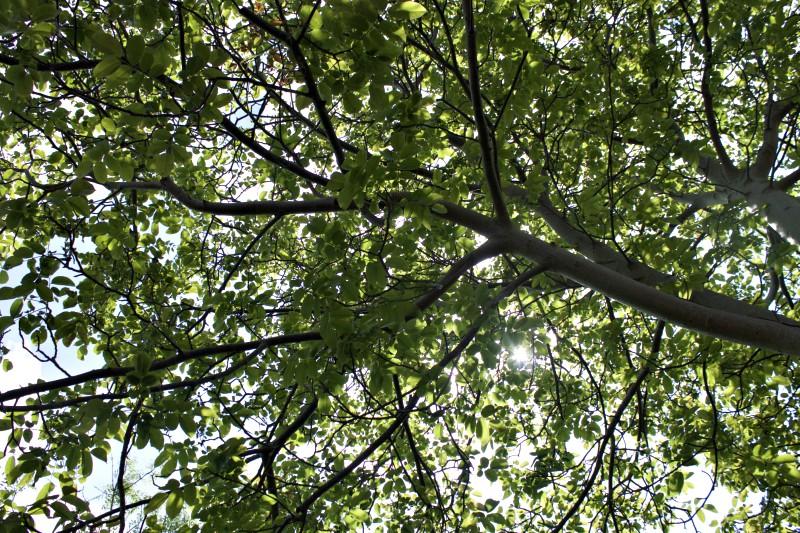 I've been seeing a counsellor for the last few months.  She knows about my blog and that I've been wanting to return to it for a little while.  She also knows that I've not been quite sure how.  Is it actually as simple as cropping back up with prettily-staged pictures and woolly waffle; making no mention of what's happened in the last seventeen months?  Can I honestly do that?

She doesn't ever tell me what to do.  Instead, she cleverly steers me to answer my own questions and make my own decisions.  So I have.

Exactly two weeks after I opened my little pink shop doors to the public, D, my husband of 18 years and my lover of 23, told me that he was having an affair.  An affair with a very ordinary woman twenty years his junior, with whom he'd worked for eight years and never previously given a second glance.  An affair that he said had been going on for six weeks.  Right there, in that single moment, it felt like the bottom fell out of my world.  When I asked him "why?" all he could say was "I don't know".  He described it as being something he felt he "just needed to do".

I'm not naive.  I'm fully aware that people fall in and out of love.  I think if he had told me that he simply didn't love me anymore, I could have accepted it far sooner.  But he didn't.  He did the opposite.  He told me that I was and would always be the love of his life and he promised that we would be stronger as a result.  For now though, he needed some time to "see this through".

The wonderful, kind and proud man that I had shared my life with for so long seemed to have metamorphosised, almost overnight, into the complete opposite of his former self.  He was hard, selfish and cruel.

He never actually moved with us to the four-bedroomed house that we had chosen and rented together as a family.  Instead, he moved in to his girlfriend's ready-made home across town.  Temporarily, he said.

At that stage, he didn't want to let me go and we carried on having a relationship.  An 'affair' I suppose.  We snatched moments together when we could.  We constantly messaged each other, spent nights in hotels, even went on holiday to Spain together.  After each rendezvous, he would drop me and my broken heart at my front door and drive back home to her.  How surreal is that?  A husband and wife having an affair behind his girlfriend's back.  Our children knew.  Both our families knew.  My friends knew.  But his girlfriend didn't.

Reading this back, I'm struck by how utterly mad it sounds.  I was being devoured by depression, anxiety and grief, and couldn't think straight.  All I knew was that the emotional highs I experienced when we were together seemed to make the pain just about bearable.  I so wanted my children to know that you didn't give up on a marriage.  You did whatever you had to, to make it better again.

I knew it was all wrong though.  My desperate search for some sort of explanation led me to this website and this one.  They're about the midlife crisis.  Suddenly, right there in front of me in black and white, written by strangers on the other side of the world, seemed to be a script that my husband was following to the letter, without even realising it.  It's up to you whether you follow the link or not.  All I will say is that both sites, and various others, have given me a lot of comfort.  They have made sense out of something completely and utterly nonsensical.

Our physical relationship ended on 15th October last year.  I went off the rails and had a breakdown.  I couldn't take anymore.  Christmas and the beginning of this year were also particularly low points.  My husband and his girlfriend proudly announced their new relationship on Facebook which is why I had to withdraw from social media.

I had tried throwing myself into the running of my shop but I just couldn't do it.  As I said in my last post, I could no longer sustain it either emotionally or financially.  Starting a new business when you have been a stay at home mum for 17 years and you have the support of your husband is hard.  Starting a new business when you are suddenly very alone and fighting to just get through each day is impossible.

I have finally manage to detach myself from the journey my husband is still on.  I'm now concentrating on my own.  And my children's.  I have no idea what he has told those friends and family members who have either chosen to turn their backs on us or simply not ever reached out.  All I do know is that people who are suffering from a deep midlife crisis rewrite history to justify their actions.  I don't think it's malice.  I think it's fear and desperation and a form of deflection.  I think they are suffering every bit as much as those they are hurting.

However, when you have shared your life with someone for almost a quarter of a century and they suddenly walk away in such a public and painful way, aside from the hurt, it's quite the most confusing, terrifying and lonely feeling.  You question your past.  Your present is broken.  Your future stretches bleakly ahead and there is no safety, no support, no structure.  It's frightening.

I barely see my husband or communicate with him now.  I think he holds me responsible for all that is wrong with his life.  He still sees the children from time to time.  I have begun divorce proceedings because I've had to.  It's like starting all over again.

Five months ago we had to move again, the children and I.  This time to a rented two-bedroomed victorian terraced house.  It's small, cosy and slightly quirky.  I think you'd like it.  I've made it as colourful and pretty as I can.  There's no room for clutter but frankly that's not a bad thing.

The garden is narrow and home to a huge walnut tree.  Sitting in the dappled light underneath with my thoughts and a cup of tea, while the squirrels play and gorge above me, is one of my favourite spots.  Another is my bedroom.  It's airy and white with a high ceiling, painted floorboards and an ill-fitting french blue door.  Both places are where I feel the most calm.

I have a part-time job which I'm enjoying.  Will you smile when I tell you it is at Cath Kidston?

Today, I officially end ownership of my shop.  I'm to return the keys tomorrow.  I couldn't face going in for a long time.  The second I stepped over the threshold, I would get a tremendous pressure in my chest, start shaking and struggle to breathe.  It has eventually become easier.  Necessity has overridden emotion.  The end of September was the soonest I was able to extricate myself from the lease.  I feel like a big weight has been lifted from my shoulders.  I've been having to pay the rent, insurance and utilities every month which has taken every last penny I had, and more.

I have listed most of my yarn in my Etsy shop, here.  I'll list the rest as soon as I can. My love for all things yarny remains.  It has, however, taken a bit of a back seat.  I have barely crocheted or knitted in six months.  I know the desire is slowly returning.  I can feel my fingers beginning to itch.

I still have the occasional difficult moment when everything feels a bit all-consuming but I'm starting to move forwards again with hope in my heart.  Hope for a bright future after all.  Hope that, one day, I will find love again.  I'm not a solitary type, I want to share my life with someone special.  I have been blessed with a lot of support from a handful of people in particular.  I am also so incredibly grateful for the unconditional love of my children who have had to witness my distress while dealing with their own.

It's been very hard to write this post.  It's been borne, not from an unstable need to 'air my dirty linen in public', but from a desire to return to blogging again.  When I first started my blog nearly eight years ago, I made myself a promise that I would always be honest and true.  With myself and with anyone who chooses to read it.  I have never broken that promise.  Life isn't all prettiness and colour.  Life can be shit.  We all know it and we all have different ways of dealing with it.  Rightly or wrongly, my way is not to hide it or hide away from it.  Mine is to openly acknowledge it when I feel able to and face it.  That is my choice and my right.

I have faced it and should really like to move on now.  Because I have to.  To prettily-staged pictures and woolly waffle, perhaps.

If you'll have me of course?  How have you been?  I've missed you.

Please know that both of my children read and approved this post before I pressed 'publish'.
Posted by Pink Milk