I'm in a bit of an early January funk so won't stay long.

When I'm Queen, there won't be a January.  I shall erase it from the calendar.

Where are we, the 5th?  Well I've had enough already.

Anyway, I wanted to quickly show you my imaginatively-named 'January Infinity Scarf' now that it is finished. 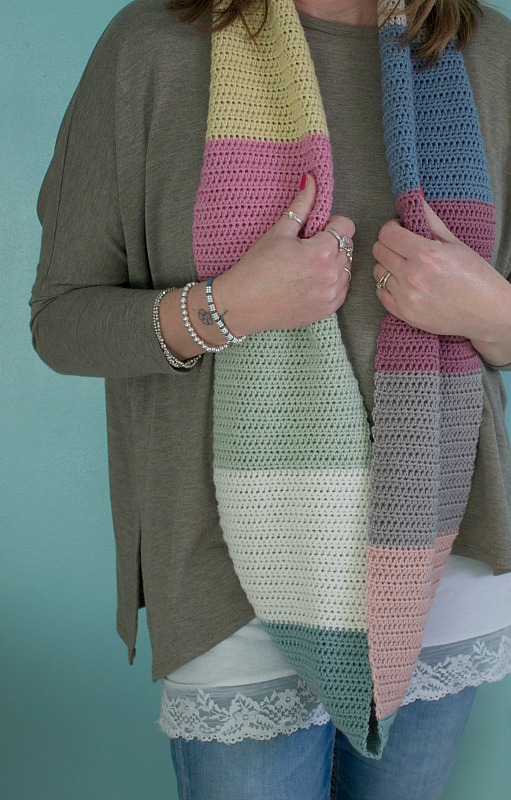 It actually began life here in, ahem, June 2013!  Goodness knows what I originally intended it to be; June seems an unlikely month to start a scarf, even for me. 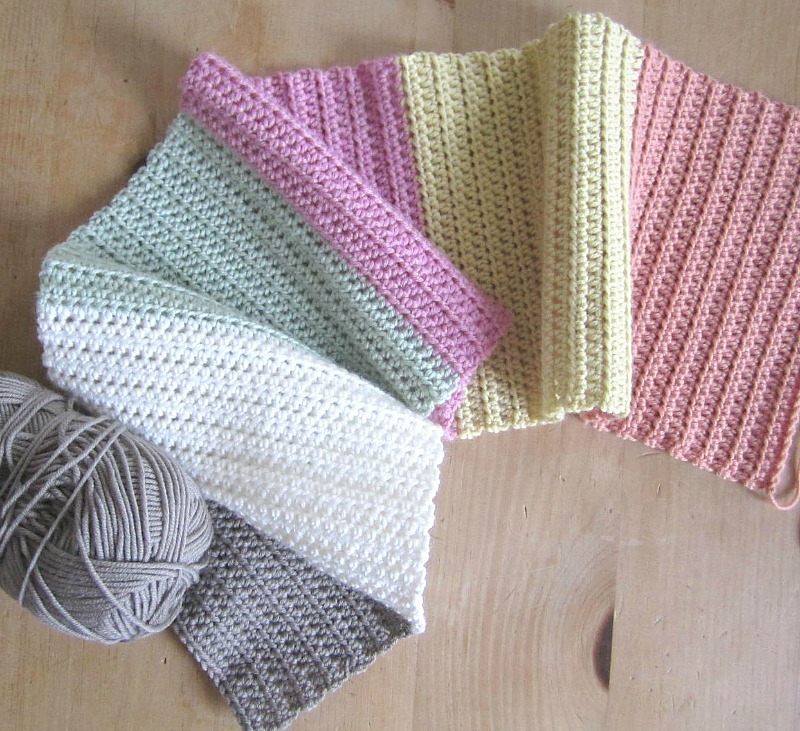 For whatever reason, not long after this photograph, I must have carefully rolled it up and popped it in my WIP bag and there it stayed for eighteen months.  Unloved and unfinished.  (Ashamed much?) 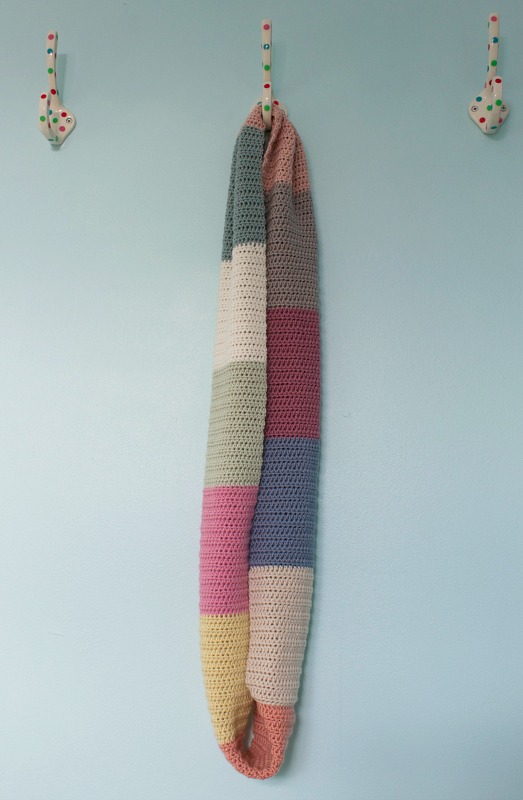 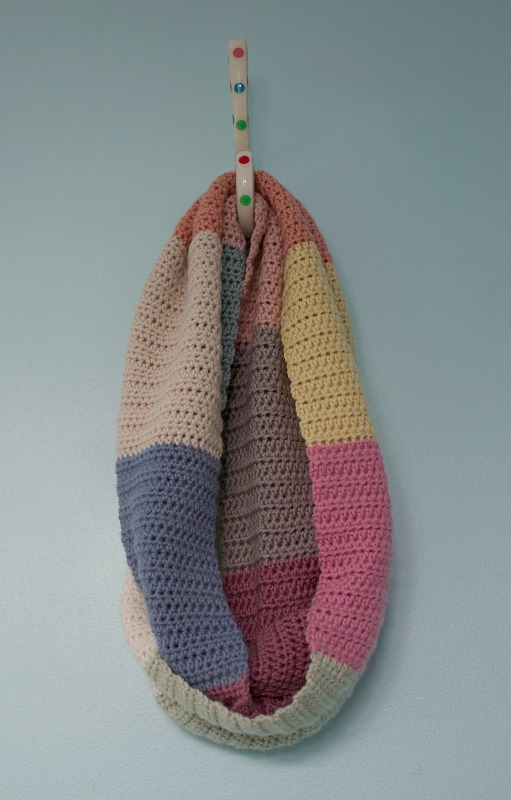 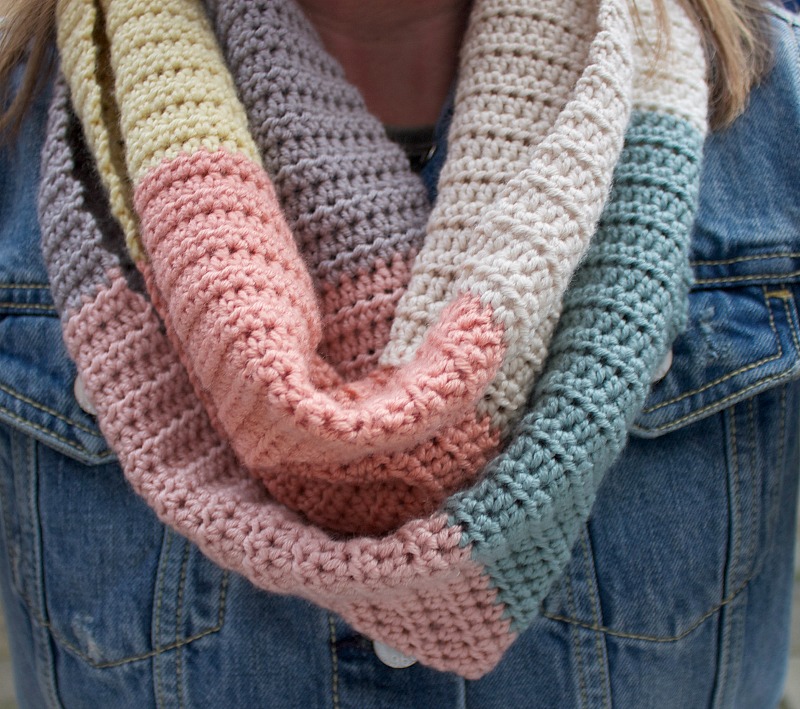 Yarn : Debbie Bliss Baby Cashmerino.
Hook : 4mm (and 4.5mm hook for foundation chain).
Stitch : Half treble (half double US).
Construction : 30 (& 2 for turning) stitches wide x 20 rows for each colour.  11 colours in total.  Scarf measures approximately 64 inches in length.  Double crochet (single crochet US) last row and first row together, wrong sides facing.  Weave in ends (bonus points if you crocheted them in as and when you changed colours!).

Edited to add : see following post for the exact colours I used. 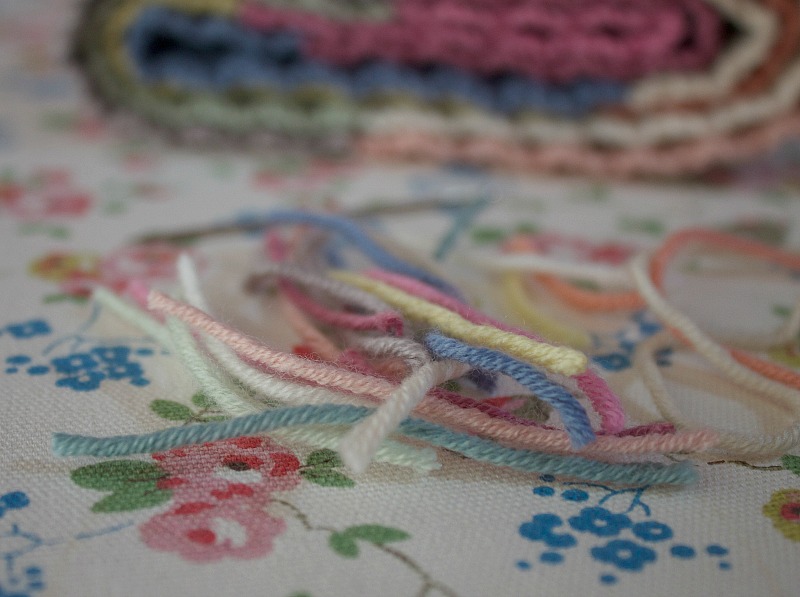 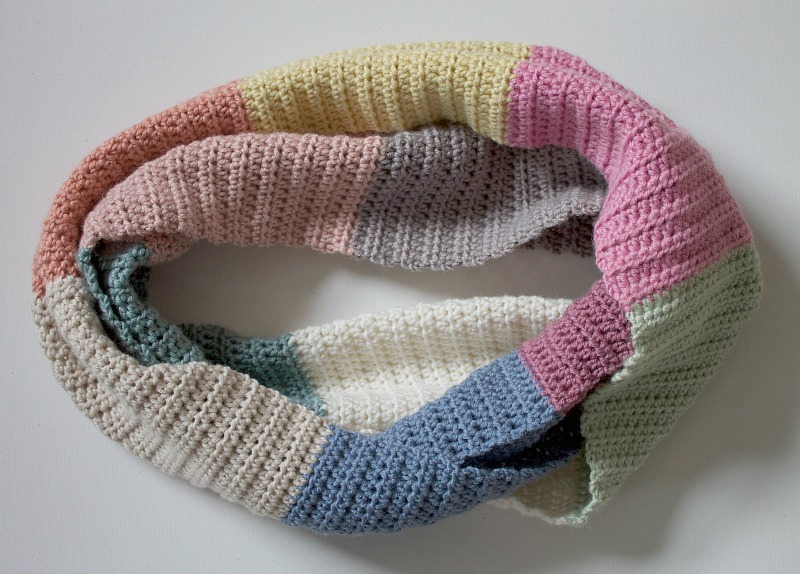