Pinch me.  It can't be two weeks since I last posted, surely?

School started last week in earnest and I'm not ashamed to admit that I am cock-a-hoop!  The silence is a joy.  Or rather, not having to listen to 5 Seconds Of Summer (daughter) in thumping competition with Arctic Monkeys (son) is a joy.  I've decided that I'm totally and utterly rubbish at time and household management in the holidays.  Routine flies out the open windows, my food bills seem to treble (I'm not convinced my children don't each have a tapeworm) and I slowly drown under a pile of laundry and mess.

I spent a large chunk of last week restoring some semblance of order and I think I might, just might, be getting there.  Hopefully my blogging manners will now improve too! 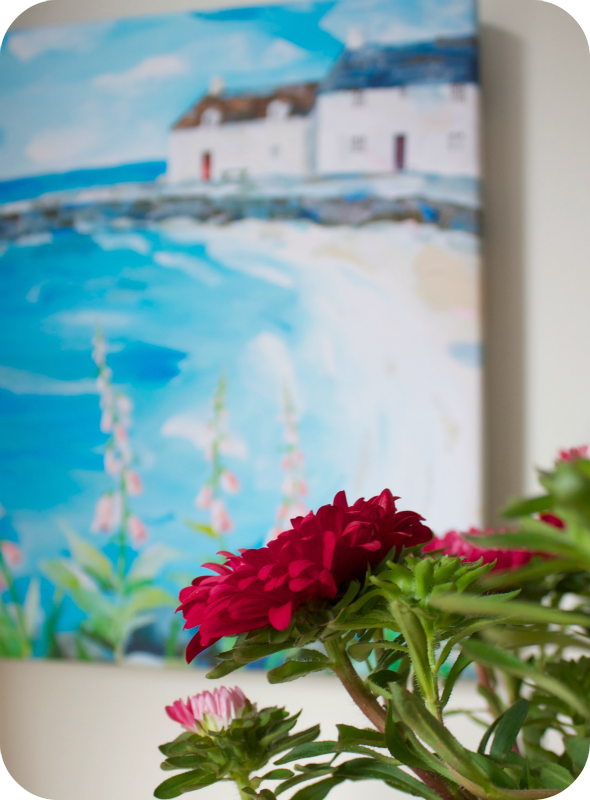 My knitting classes on Monday nights have been a hugely enjoyable constant.  It's the last one next week.  We've been shown all the basics now and I'm quite hooked, especially since I made the decision to buy my own needles.  We were given a plastic pair to begin with but my new shorter bamboo ones are so much easier to use.  I'm still having the odd issue with tension; I tend to work too tightly and my working yarn keeps ending up in a twizzled tangle.  What's that all about?  Knitty Gritty: Knitting for the Absolute Beginner is a fantastic 'how-to' book if you're a newbie knitter like me. 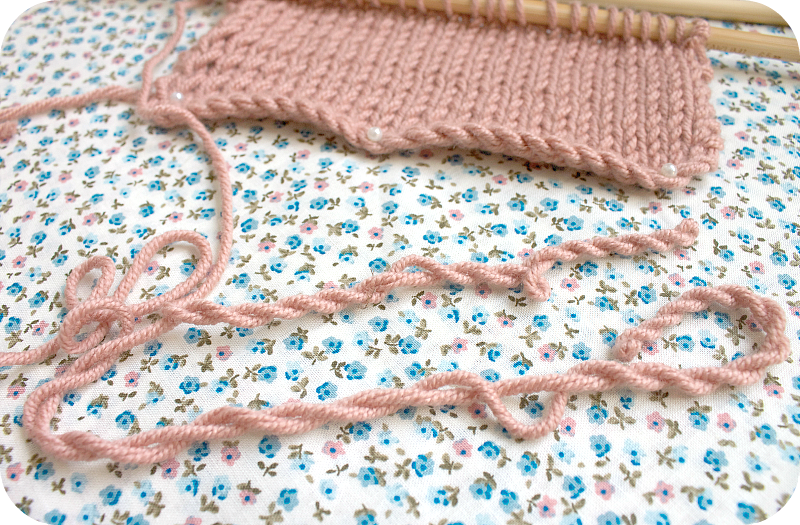 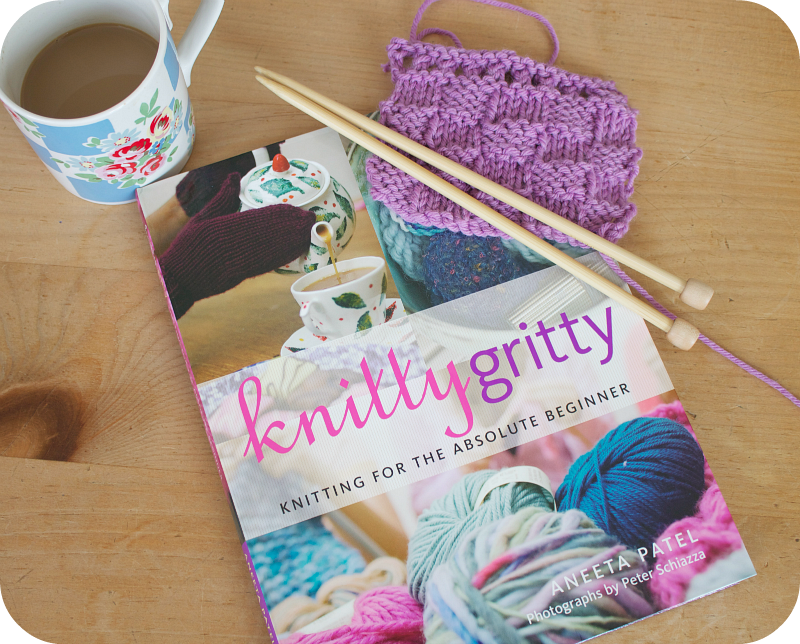 Oh but there's something about the stretch and drape of knitting that I completely adore.  With hindsight, I think my crocheting style has always tended to try and emulate something similar.  I'm pretty sure my first grown-up knitting project is going to be some sort of colour block scarf.  Which reminds me …

I promised a lovely friend that I'd make him a scarf.  I've not crocheted for a man before so I played safe and chose a soft denim blue in an aran weight. 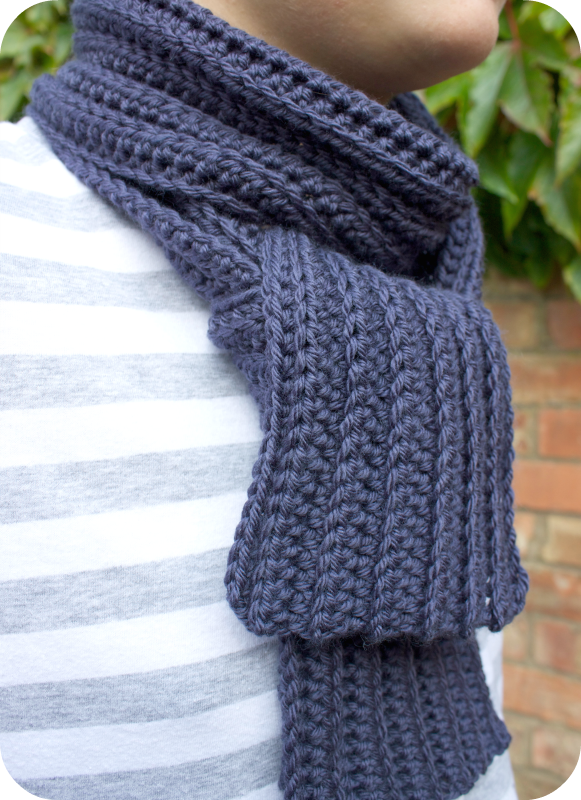 I chained 220 with a 7mm hook (I always, always use a hook two sizes up for a foundation chain when I'm making a scarf - it stops that annoying curve) and then, using a 6mm hook, simply worked half trebles (half doubles US) in the back loops.  It creates the loveliest flexible rib.

Also, since you and I last spoke, my youngest brother and his wife have had a baby!  My seventh sixth nephew*.  I'd already planned a personalised gift but wanted to make something I could wrap up straight away.  After a quick flit around the internet, I settled on making the cutest little hat, using this super crochet pattern here.  I added two extra increase rounds to take the finished diameter to 15".  (Baby Arthur weighed in at an impressive 9lbs 13oz so I thought I'd better err on the side of caution!) 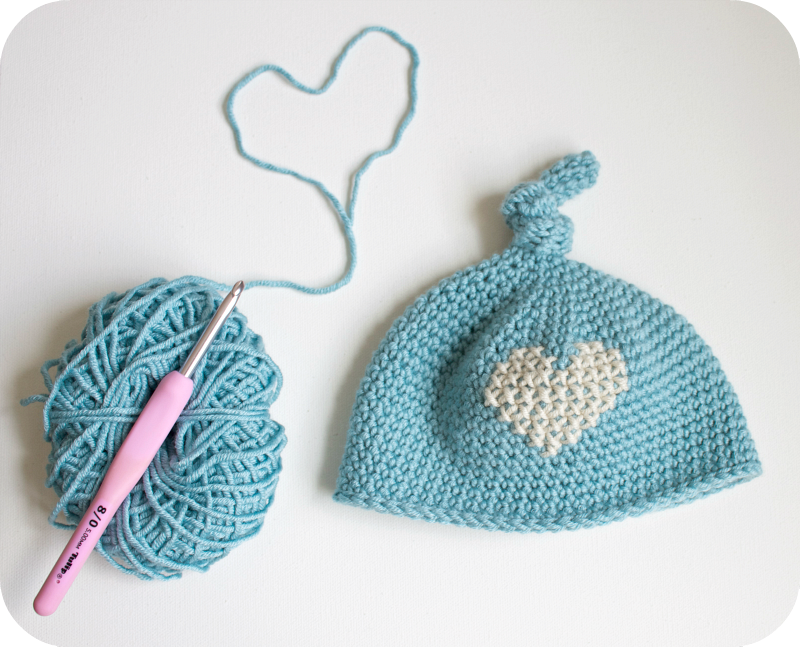 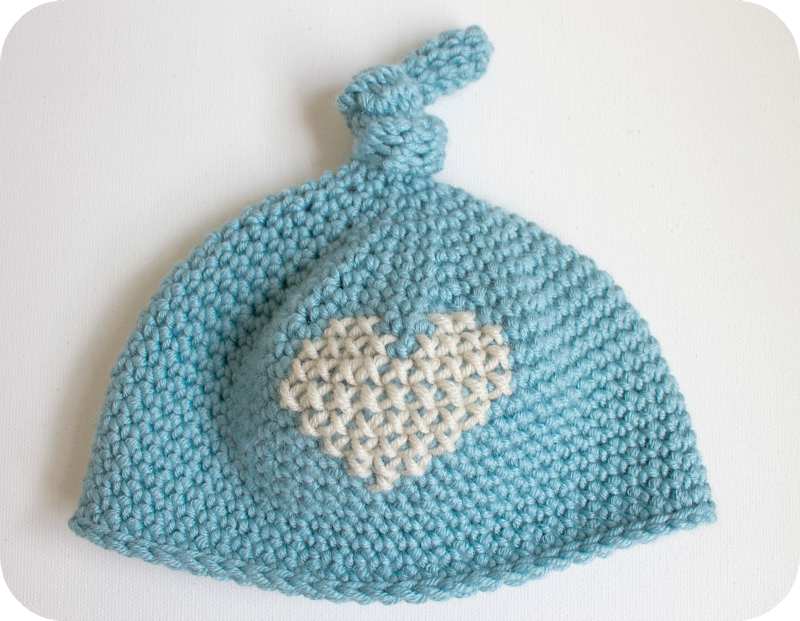 So, two little makes, both blue and both for boys!  I can feel something extremely colourful and girly coming on next!